A movie star in our midst….at least a person with a background making appearances as an extra in multiple movies, TV shows and music videos….piqued your interest yet? Allow us to provide a few more hints. This person has many varied interests (watching old movies) and abilities (including crafts and water color.) Her most challenging job was working as a seamstress in a wedding dress shop where, though she claims to have been a novice at best, she performed alterations to help the brides’ and bridesmaids’ dresses fit perfectly.  That narrows it down to so many Gashland ladies, doesn’t it?

No? To offer additional information, one of our newer staff members was welcomed by GEPC a year ago last August, along with her husband and two sons. Nicole Moncada moved to Missouri 4 ½ years ago, and to Kansas City 3 ½ years ago, after being born, raised and educated in southern California. She serves as Director of the Little Lambs Ministry, where, as she states, “I love my job, sharing the Word of God with the youngest disciples in our church, and working alongside volunteers to provide a safe and loving environment for our little ones.”

Born in Hollywood, CA, Nicole grew up in the Venice Beach area, just west of Los Angeles. Following her graduation from Venice High School, she attended California State University in Northridge, earning her bachelor’s degree in child development.  Her home church was University Bible Church, located near UCLA. This church, non-denominational and Word-centered, had its genesis as an on-campus church, then moved to a nearby building to accommodate its growth. “I have always worked with children, and started teaching Sunday School there at age 18. It really cultivated a love for sharing God’s Word.”

Nicole explains that during her years at Cal State she learned a practical application of four domains of childhood development, understanding how children grow mentally, socially, physically and emotionally. She added, “I was marrying the theory of childhood development with actually being with kids, understanding the practical applications.  About the time I was finishing my years there, they began to also integrate a fifth domain, the spiritual.”

Nicole worked at the Talbot Seminary School of Theology at Biola University, where she was Program Administrator for the Spiritual Formation Department for ten years. She earned her master’s degree at Talbot in spiritual formation, explaining, “It emphasized studies on Christian growth and transformation.”

Meeting her husband, Octavio, while in California (details to follow), she married ten years ago and then welcomed two handsome sons. Tobin will turn 9 years old on Christmas Day, and Ezra just became a 7 year old last month. Octavio works for the City of Kansas City in public works. Nicole’s parents are retired and have lived in a small town just outside of Hamilton, MO, for the past 12 years. That, added to the fact that her older brother, Scott, has lived in Gallatin, MO, for over 20 years, the Moncadas had great reason to move to Missouri.

Favorite scriptures are found in the Gospel of John, particularly chapter 15. Nicole is drawn to the idea of abiding in the Lord, being a branch along with other branches, and forming a personal relationship with Christ. She also is inspired by the Old Testament woman, Ruth, whose courage inspires us to put our faith in God.

In addition to her position at Gashland with the Little Lambs, Nicole is a strong proponent of home-based education. As she home schools Tobin and Ezra, she also serves as director of a classical conversations home school community, comprised of 15 families.

In closing, as promised earlier, Nicole and Octavio met while swing dancing, a passion for both of them. She has performed as a swing dancer at Disneyland as well as state fairs. They particularly enjoy East Coast swing, favoring the Lindy Hop. Word has it the Moncadas might be found dancing around their kitchen from time to time!! 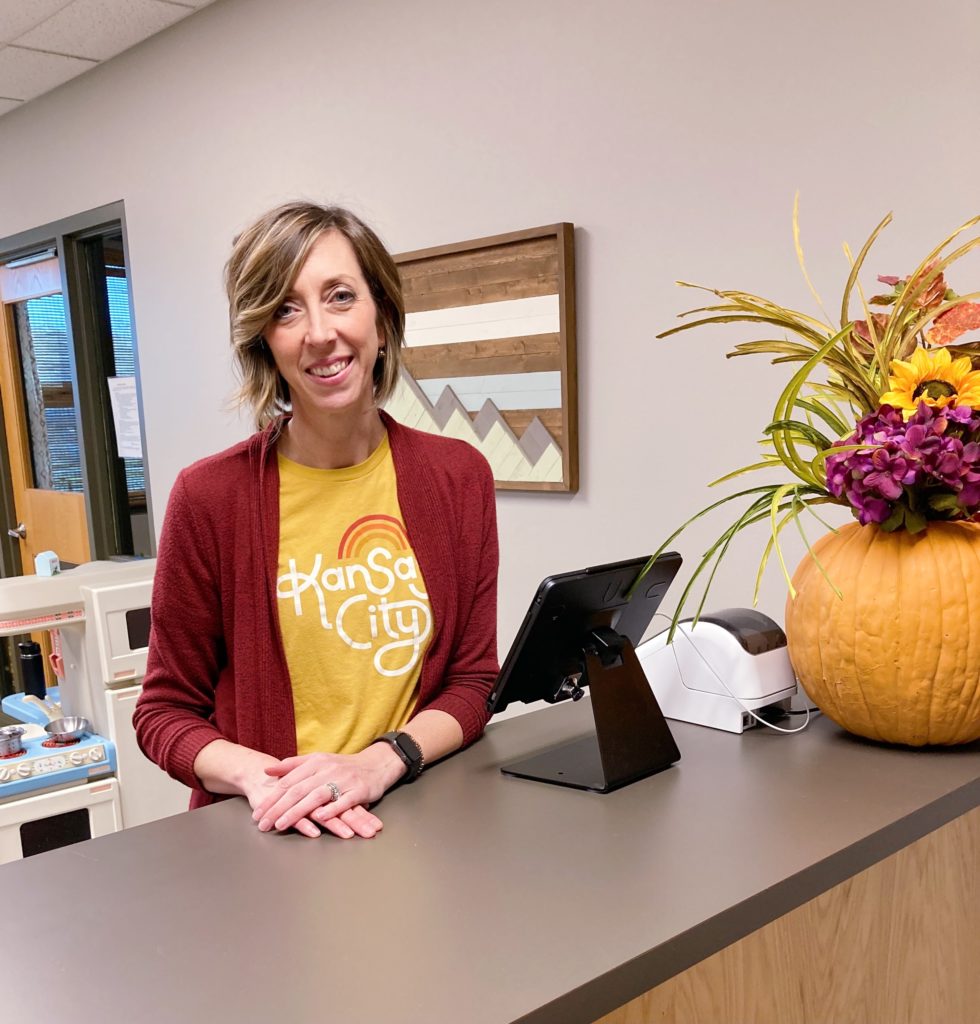