What do “It’s a Wonderful Life” and “To Kill a Mockingbird”, oh, yes, and throw in “Star Wars”, have in common?  They are favorite movies of a man in our church….and not a septuagenarian, as you might surmise, but rather a young man named Wes Langford.  Not merely a man of good taste in cinema, he also keeps busy here at Gashland serving as a deacon, a volunteer and chaperone for the youth, a member of the Young Adult Community Group and a part of the Mercy Team.  Each month in the “Get To Know” column we will be introducing a member of our paid staff, an elder, deacon or church leader.  This month, we wish to acquaint you with Wes.

Early service attenders may not be as familiar with Wes, but contemporary service folks will easily recognize him for his versatility on stage, playing acoustical or bass guitar, drums, and even filling in on vocals as needed. In addition to his playing and singing abilities, he is also a composer of alternative rock, as well as a bit of worship music.

Mr. Langford has been a member of Gashland for about 12 years, having come along with his parents when they chose this church.  For eight of those years he has been an important volunteer with the youth ministry, both middle and high school groups.  As such he happily accompanies the young people on their annual trips to camp in North Carolina every summer, and is looking forward to heading east in June.

Wes was born in the metro area and spent his first nine years living in the Brookside area, before his family moved to the Northland.  In addition to his parents, his four younger siblings all live nearby.  Brother, Joe, and his wife will make Wes a proud uncle in April.  Next comes Sam, who is a graphic designer for Hallmark Cards, as is their father, Jim.  The brothers will journey to Colorado Springs in June with a group of guys to celebrate Sam’s upcoming marriage with a bachelor party.  The youngest family members are sisters Olivia, a social media marketer in real estate, and Grace, a college student.  Their mother, Angela, is an audiologist.

Most interesting of Wes’ occupations was working as an instrument technician for four years, getting to “play musical stuff all day.”  His most difficult past position was loading FedEx trailers by hand every day.  For the past 2 ½ years he has been employed in inventory control in eShipping distribution services.

Wesley graduated from Faith Christian Academy.  Since then he has attended Maplewoods Community College, then online classes first at Luther Rice Christian College in a suburb of Atlanta and his current school, Sterling College, Sterling, KS, from which he hopes to graduate in 2022 with a degree in Biblical Thought/Studies.  From there, his goal isn’t his goal at all, but rather “to do whatever God has for me.”

Considering himself somewhat of a “theology nerd”, Wes was drawn to the Presbyterian church due to his interest in reformed theology. Favorite scriptures include Isaiah 41:10 and Hebrews 4:14,15 (not going to list them….look them up!)  As to his interests, he adds, “I enjoy spending time with friends….community is important!”

Would any of you have wanted to meet Elvis?  Had Presley lived long enough we just might have.  Would you believe, one of Wes’ dad’s cousins was engaged to Elvis prior to his death?  Had he lived to a ripe old age, maybe, just maybe, Wes could have persuaded him to bring some of his gospel music to Gashland! 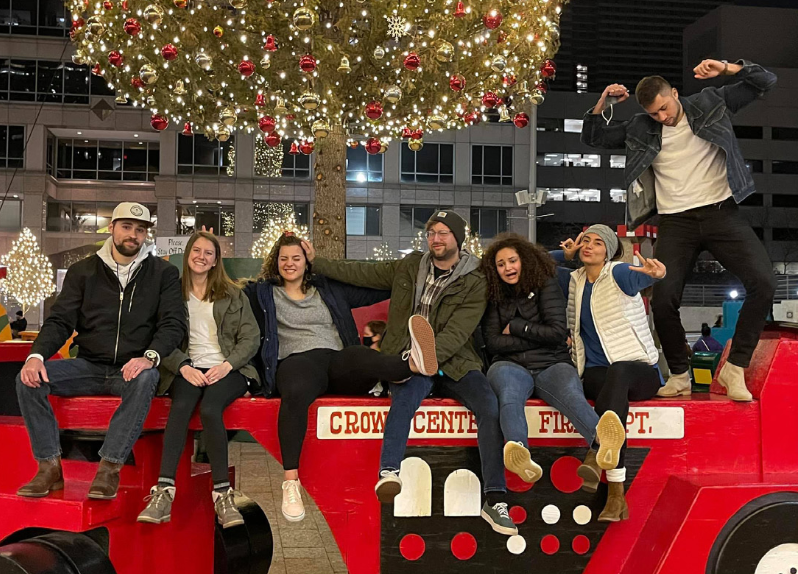