May 2021 | Written by Maribeth Griessel

It’s no mystery that this expert “Planner of Mystery Trips” loves pre-teens and young teenagers…. he has taught the 6th-8th grade middle school class for nearly all of his 12-13 years at Gashland. Currently Ron Wilson serves on the GEPC Session as an elder in addition to his Sunday School teaching position. He and his wife, Ruth, enjoy the summer movie groups and games groups.

Ron was born and grew up in Omaha, Nebraska, attending Covenant Presbyterian Church.  Following graduation from Benson High School, he furthered his education at the University of Nebraska in Omaha (UNO.) This is a commuter school, similar to UMKC, allowing many students to live at home while attending classes. The first day of Ron’s freshman year he was hired to work for a CPA firm, initially as a “go-fer.” He held part time jobs doing accounting, reconciliations and auditing during his college years. He liked his employer, and they obviously were impressed with him, as he continued on for five years as a full time employee after earning his degree.

Mr. Wilson retired two years ago, completing 27 years as manager in accounting and human resources for a regional insurance agency in the Kansas City area. When asked what his most difficult/challenging job has been, he immediately replied it was being a parent…a responsibility that never ends, regardless of the ages of your children. He was fortunate to be employed in positions that allowed him to do “the other things in life that I feel may have more of a Kingdom effect. My jobs allowed for life balance through most of the year, allowing me to spend time with my family, coach kids, and work with youth.”

Ron met Ruth while she was attending Omaha Grace College of the Bible. Her father was a small church independent minister and farmer, and they moved around frequently during her childhood (including one year spent in Mexico while her dad served as a missionary.) Fast forward to God’s plan for the Wilsons. Ruth’s older brother was working as assistant pastor at Ron’s church. This church was in need of an organist….Ruth was a music major in school….need we say more? They will celebrate their 40th anniversary in September.

God blessed the Wilsons with three children. Daughter Sarah, a busy lady indeed, lives in Raytown, working as an auditor of dispatchers. She also works part time for Gladstone Parks and Recreation. But you may recognize her as the mid-week night building manager here at Gashland….if you attend an evening event, she will be the person to give you entry to the building. Son, Jonathan, and his wife, Mercedes, live in the Northland, having recently moved here from Salt Lake City with their six-month-old baby boy. A social psychologist, he is currently employed by the KCK school district. Younger son, David, and his wife, Abbie, live in Lincoln, Nebraska, and will be giving Ron and Ruth their second precious grandchild in October.

Back to the “Planner of Mystery Trips”, nine years ago Ron agreed to fill the need for someone to plan and lead the summer middle school mystery trip. Nine years later, he’s still at it, selecting destinations, making arrangements, providing kids with lists of type of clothing/shoes to bring. The 6th-8th graders don’t know where they are headed, even the parents are not informed until the morning of departure for the 2, usually 3 night trip, when moms and dads are given a sealed envelope containing the itinerary.

Can you picture Ron as a chimney sweep? Singing selections from “Mary Poppins” while in junior high, he performed this part. And would you believe, a 7th grade second soprano and an 8th grade bass?!!

Ron’s favorite Biblical character is Joseph, “because that’s how life is…things that the world intends as bad, God can turn to good.” 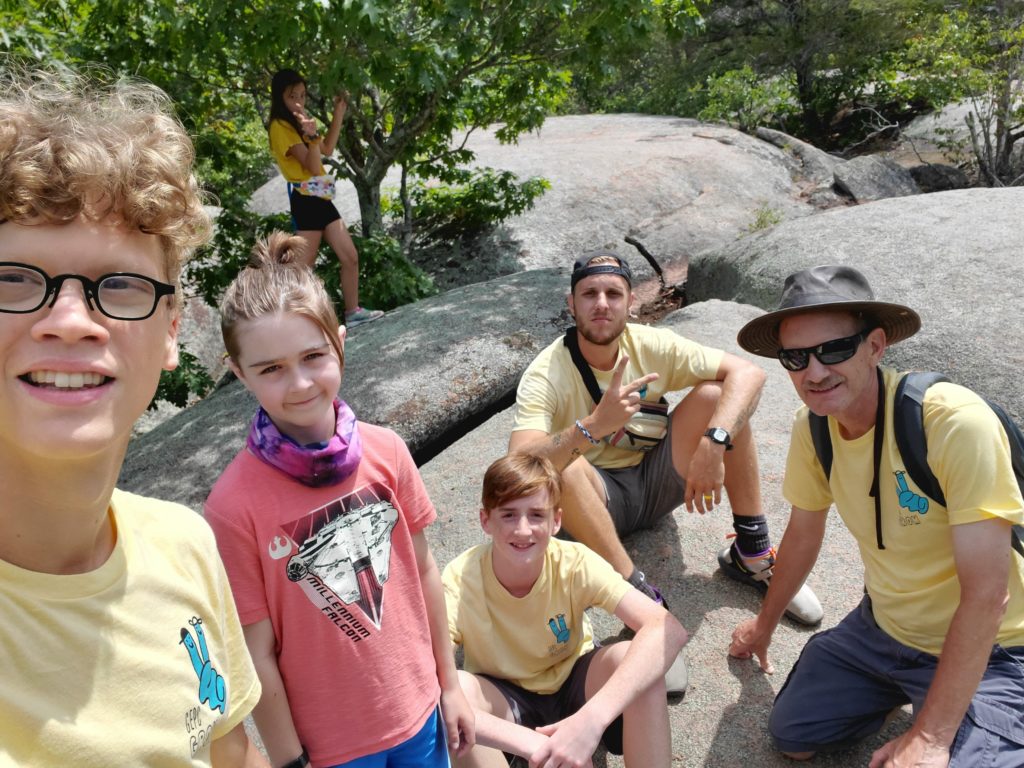 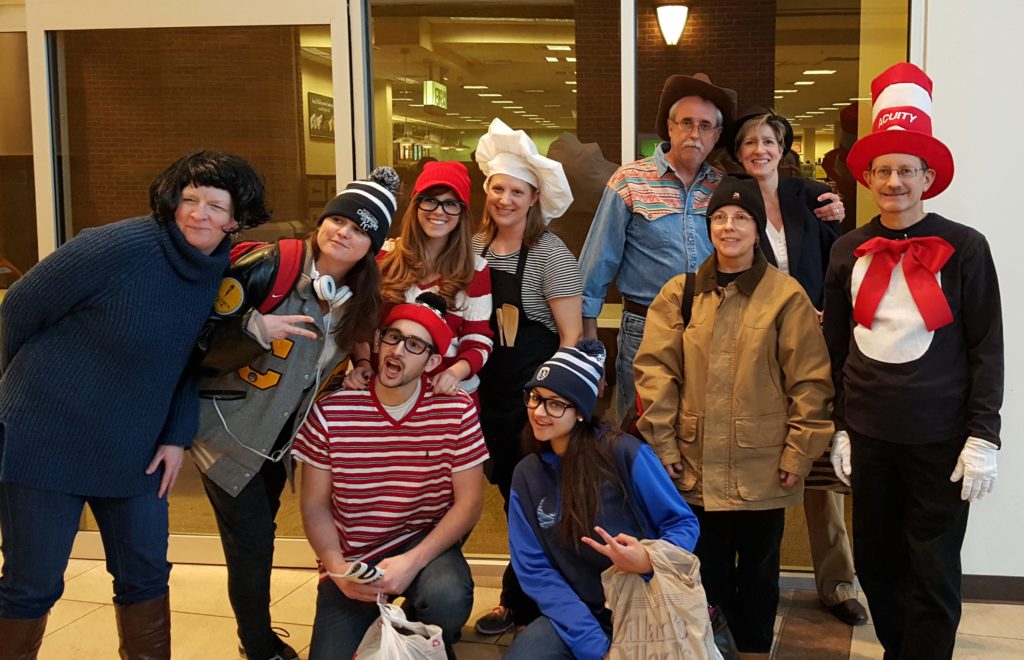 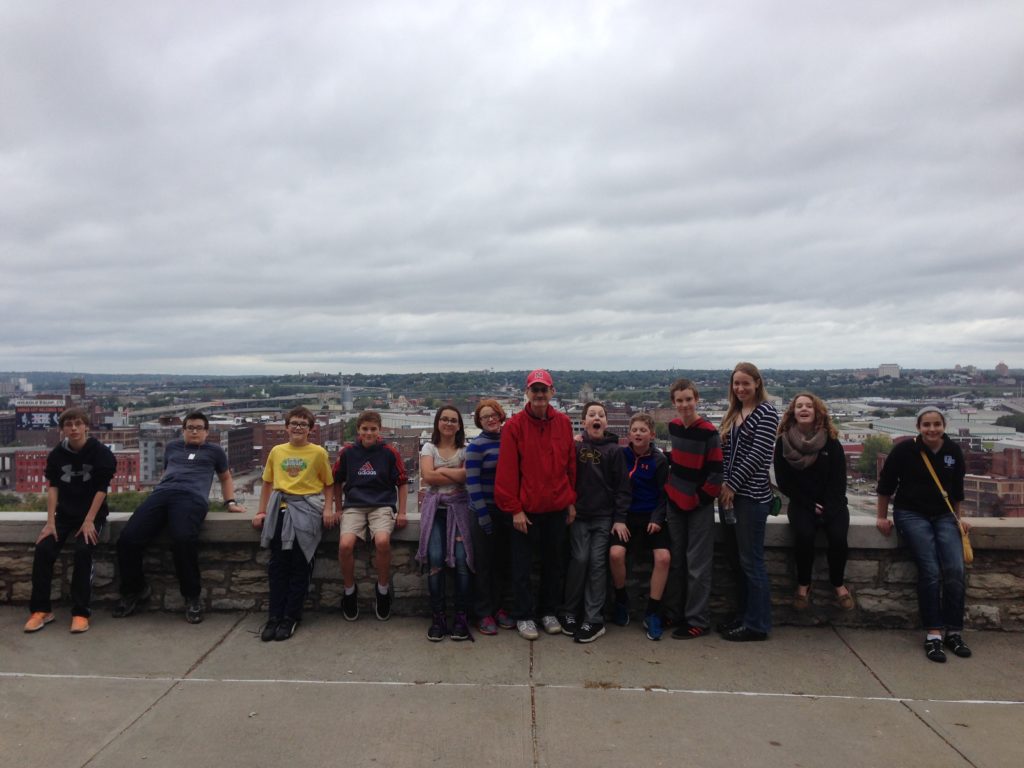