The definition of community is: a feeling of fellowship with others, as a result of sharing common attitudes, interests and goals. Also, the people with common interests living in a particular area. These definitions align with the vision/mission of the ministry of partnering with Gashland and Clardy Schools.

Mark Lancaster, who heads up this ministry, explained, “Gashland EPC was known as Gashland Community Church when it was first chartered in 1945.” It seems that for a good many years the people who were members lived close to both Gashland (K,1) and Clardy (2-5) Elementary Schools. In time however, the children attending Gashland Church no longer attended Clardy or Gashland schools and neither did the adults who attended teach in either school.

In recent years, the Outreach Team started to turn their attention to the neighborhood around the church and searched for ways to become a valued partner to staff and students there. When asked, “What does the ministry do?”, Mark answered, “We connect our membership with those involved in the schools, including parents and other caregivers. We do this through being Youth Friend* volunteers, special project involvement (e.g. Literacy Night) and providing for the needs of teachers, students and their families through donations.”  He states, “Our hope is that we are able to love our neighbors as ourselves by knowing them better and working side by side with them.”

Some of you may wonder how Gashland began supporting these schools. This is where the definition of community connects. Mark states, “Due to the once integral nature of community church and community school, our initial support goes back at least as far as former long-time member Luther Walker being one of three school board members in 1958 when Gashland Elementary was built.” (Note: You will see his name in bronze on the east wall as you enter the school).

Mark explains that it has been Michael Morefield who most recently has reignited this dormant relationship. “Gashland now has church members who are Youth Friends; Jeff Van Der Weele at Clardy and Kathy Russell and Steven Stalder at Gashland.” These individuals help students face to face and just recently the school nurse at Gashland has requested donations for the students. “Being a teacher for 27 years, now retired, I can testify to the importance and need for community partners including the church,” explains Barbara Ryczek.

Mark gives an account of how the ministry has grown over the years as well. “Since the recent attempt to meet the needs of these neighbors, we have had volunteers help in the lunchroom, in the hallway and on the playground in reading tents. During the early phase of Covid adjustments bottled water was donated. Friendships have developed by our presence in the schools with teachers and administrators, specialists, janitors, and kitchen workers. To fully act out love, we must give it to all we encounter, therefore in these schools, be a servant to all when you enter.”

Mark tells the story of a child impacted by this ministry. “One quiet boy told me his mother had a sickness. He could not say what it was but that she would be in the hospital and he was worried. I told him I would say a prayer for her and his family. A few weeks later, the family found me at the school and thanked me for being a friend to their son and for praying for them. Later, a Kindergarten student was working on sight words with me in the hall and had a chance to go to early recess and the child chose to stay and work more with me.” 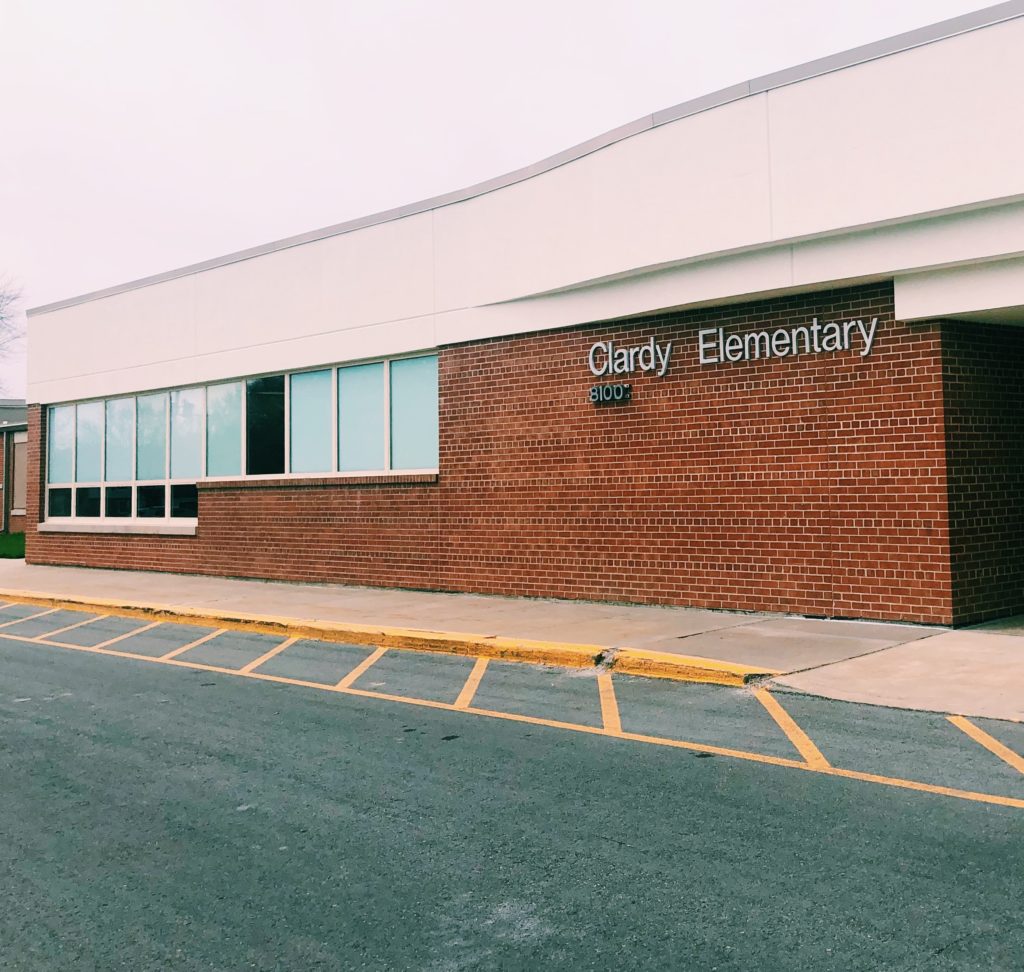 The resource manager, which is similar to a school social worker, for each school has directed requests that opened doors to new relationships with school families. Mark explains, “On a parallel track, too, are youth events such as Breakaway Camp that draws community children who attend Gashland and Clardy. The hope is that our presence at the intersection of North Oak and 81st Street will be more than a landmark, perhaps a cornerstone of the community.”

*Youth Friends is a North Kansas City School district adult volunteer structure. Look for more information in June as Gashland EPC will promote members to apply for this partnership.