Check out a United States atlas….you know we’re pretty much in the middle.  Raise your eyes due north and you’ll find Minnesota, whih borders Canada on the top and Lake Superior on the right side. Now search kind of in the middle of the state and find the famous metropolis of Brainerd, a town of approximately 14,000. Why famous, you ask? Well, the entire state boasts thousands of lakes, with 450 of them in the Brainerd Lakes region. But that is not this town’s primary claim to fame. You see, back sometime in the last century Dean Anderson (a civil engineer and land surveyor) and Elizabeth (a secretary prior to marriage) welcomed their first child, a son named Dale. He was exposed to missions work from an early age, as Dean and Elizabeth hosted visiting missionaries and supported their work. And Dale’s parents ultimately took a trip around the world visiting many of these missionaries, in various locations, where their church had been supportive.

Young Dale graduated from Washington High School in Brainerd, where he played trumpet in the band. He attended Brainerd Junior College and then moved on to the University of Minnesota where he graduated with a degree in civil engineering. Not only was this the same major as his father had, and at this same university, but Dale also had some of the same teachers! Following college, he was employed in several different states, including West Virginia, Georgia, Ohio, Wisconsin, Pennsylvania and Colorado, working in heavy construction. While working for his dad in MN he answered a phone call one day from a man he had never heard of, offering him a job in the Kansas City area. How did this person get Dale’s name? A gentleman Dale had previously worked with recommended him for a job that he himself had been offered and had declined. He felt Dale would be perfect for this position. Interesting story, no? It gets better.

Dale accepted this job as managing engineer for the concrete work for the Smithville Lake Dam. Many years later, this friend (who had recommended him for the position) pointed out how this was the hand of God moving him here. For without this move, he would never have met the lovely young lady, Karen Meeker, who had been born and raised in KC. Karen’s family lived south of the river when she was born, moving to Gladstone when she was four years of age, to a house near the current location of Gladstone City Hall.  Her father, Richard Meeker, was a watch and clock maker with a shop in downtown KCMO. On Saturdays sometimes young Karen and her two older brothers would take turns going to work with their dad. On these special Saturdays she enjoyed exploring the downtown area. Her mother, Lola, worked in accounting, with companies that included Farmland Industries.  During her years at Oak Park HS, Karen enjoyed singing in the a capella choir and performing in school musicals, including “Oklahoma” and “South Pacific”.

Karen was youngest child in her family that included older brothers LaVern, who lived in the KC area and worked as a bank auditor prior to his death, and Chester, a Liberty resident who worked in computer technology.  Dale was big brother to Mark, who lives in northern Wisconsin and worked as a computer programmer for 3-M, Carol, a dental transcriptionist in north St. Paul, MN, and Steve, who has passed away.

Dale’s home church was 1st Presbyterian in Brainerd until he moved to KC and joined Northminster Presbyterian.  While there, he attended a meeting of other Presbyterian young people from north of the river to discuss establishing Northland Bible study activities.  One person he met suggested he visit what was then Gashland United Presbyterian, where he attended a Bible study for a college and career aged group at the home of youth director Andy Cullen.  Needless to say, a certain Miss Meeker was introduced to him there.  Karen had attended Maplewoods Community College, earning an associate’s degree in applied sciences, and was working in secretarial positions.  Years later her final job was at the TWA overhaul base where she was administrative assistant to the Chief Pilot.  After a six year courtship, Karen and Dale were united in marriage in the sanctuary of Gashland Presbyterian.  They lived for their first 3 ½ years in Dale’s Houston Lake “bachelor pad” (be sure to ask them about the architecture of this home!) The Andersons will celebrate their 42nd anniversary this month.

Karen began teaching Sunday School for kindergarten, 1st and 2nd grades, while she was in high school, and later also taught while their children were growing up.  A favorite scripture of hers is Philippians 1:6, “He who began a good work in you will carry it on to completion until the day of Christ Jesus.”  In addition, of course, she has been a faithful and talented member of the church choir throughout most of her life.  When not involved at church, she keeps busy with quilting (lap robes for hospice patients), crocheting and knitting. She and Dale also work with the PBJ ministry.

As chairman of the Mission Committee, a sub-committee of the Outreach Team, Dale helps provide missionary articles for The Porch.  A former elder and Christian Education committee member, he professes a heart for missions.  He leads the Saturday morning men’s Bible Study at 7:30 a.m.  In addition, he serves on the Property Team, keeping the wiring, plumbing and various other operating systems at GEPC in good working order.

God has blessed the Andersons with two children.  Daughter Sarah attended Oak Park HS and Maplewoods Community College where she earned a degree in Sign Language Interpretation.  She works for the Metropolitan Community College System as an interpreter for hearing impaired students.  Having fostered a good many children, and being named “Foster Parent of the Year” twice, then Sarah first fostered and then adopted three beautiful red-headed siblings, Mack, Ava and Adra. No too long after that she fostered and then adopted her fourth child, Sam, providing Karen and Dale with four grandchildren.  The Andersons’ second child, Andrew, also attended Oak Park HS, following with a degree in Wildlife Conservation from Northwest Missouri State University located in Maryville.  Andrew’s first full time job was with a land surveying company in Maryville (as conservation jobs had been temporarily “frozen” by the government when he graduated). He has recently begun a new position with a land surveying company based in Western Des Moines, as he and his wife Keri, live in a small town in Iowa near her parents.

Mr. and Mrs. Anderson enjoy vacationing in Texas in the winter, preferably during the month of March, and they are into the two B’s.  Dale enjoys all things connected with birds, while Karen loves the beaches.  But their first love, obvious to all who know them, is their Lord Jesus Christ, the center of their long and happy marriage.  As we read in Ecclesiastes 4:12, a “cord of three strands is not quickly broken.” 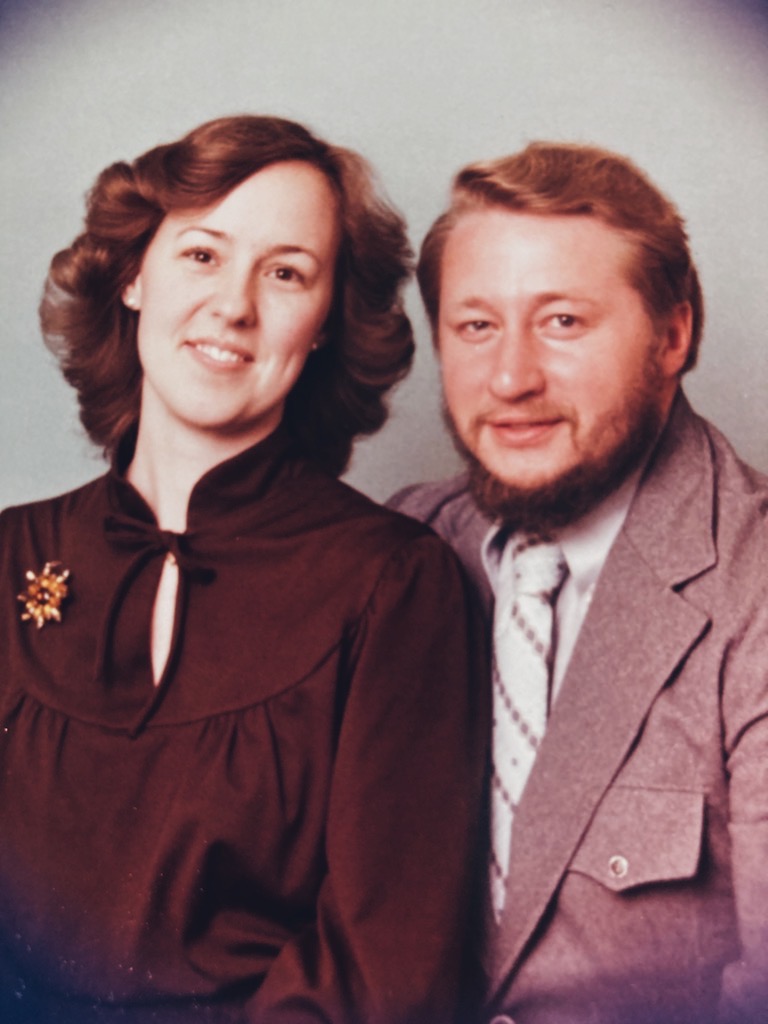 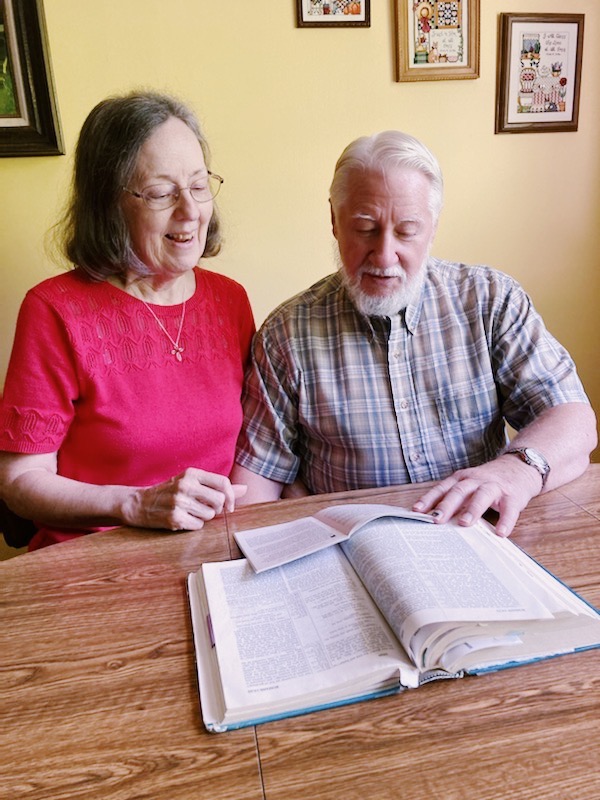 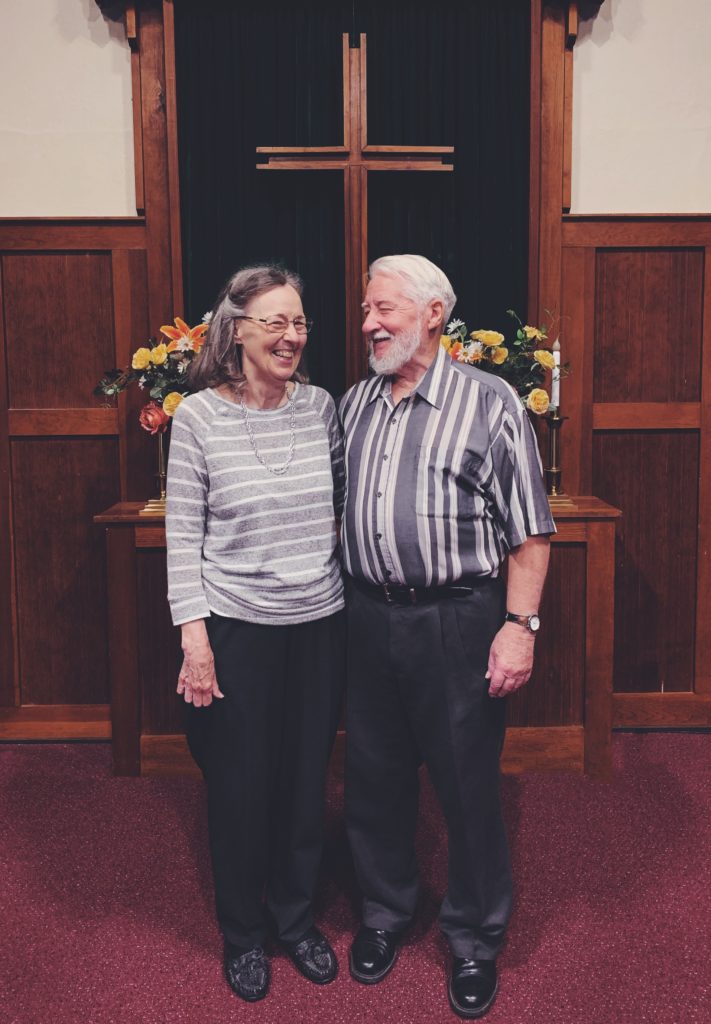